Many of us, especially here on the East Coast, are familiar with stories of immigrants passing through the inspection station at Ellis Island in New Jersey. (Yes, folks, it is in New Jersey. The Supreme Court of the United States has said so.)  Less familiar are the stories of Asian immigrants who arrived and were processed or detained at Angel Island in San Francisco Bay.

Thanks to the efforts of Park Ranger Alexander Weiss and an encouraging librarian, Russell Freedman has brought the stories of these Angel Island immigrants and the story of the Immigration Station's preservation to young readers in this brief, yet powerful, image-filled book.

When the buildings on Angel Island were falling into disrepair and slated for demolition in the 1970's, Alexander Weiss found rows and rows of poetry, much of it written in Chinese characters undecipherable to him, etched into the walls of the island's detention center.  Convinced of the historical significance of these poems, he brought them to the attention of Chinese community leaders in San Francisco, and so began a movement to retain the buildings as landmarks of cultural and historical significance.  Many of the poems were translated and included in the book,

Oh, poor me, Banned from landing,
fearful of being deported back to China.
There is no way for me to face the elders east of the river.
I anticipated wealth, but it's only poverty, alas, that I've
reaped.

Because of exclusionary laws, Chinese immigrants faced particularly intense scrutiny and interrogation, sometimes even questioning about the location of household items left in China! Answers were then checked against those of relatives to test for truthfulness.

Angel Island contains nine chapters, beginning with the discovery of the carvings by the park ranger, continuing with typical experiences of the immigrants and the notation of important laws and political events affecting immigrants, and finishing with a look at Angel Island State Park today.

Hundreds of thousands of immigrants, mostly Chinese, passed through Angel Island Immigration Station.  This is their story that deserves to be told.

The final copy will have Source Notes, Selected Bibliography, Acknowledgments, Picture Credits and Index. Keep an eye out for its 2014 publication date.

The Nonfiction Monday roundup is here today!
Add your post to the form below, and I'll add them later in the day after work. Thanks for participating.

And don't forget - there's still time to enter the giveaway for an autographed copy of The Bear Hug by Sean Callahan. See Saturday's post for the online entry form.

Thanks to all of today's Nonfiction Monday contributors!  Be sure to check out these posts: 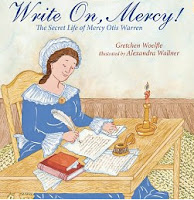 Jeanne at True Tales & a Cherry on Top, is featuring Write On, Mercy! The Secret Life of Mercy Otis Warren.  Jeanne just attended an SCBWI conference and felt inspired to feature a picture book biography of a female writer.  Write on, Jeanne!

At NC Teacher Stuff, Jeff has a review of No Monkeys, No Chocolate. "This is an interesting and informative account of how the cocoa tree produces cocoa beans for chocolate."  Thanks, Jeff, however, after reading your review, I think I now know a little too much about what's involved in the life of a cocoa bean! 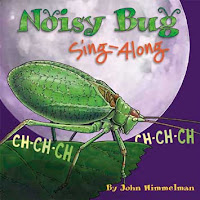 Sue, at Sally's Bookshelf, has Noisy Bug Sing-Along. "Summer is one huge concert of chirps, buzzes, hums and thrums. Who wouldn't want to sing along with the bugs?"  As this year is a 17-year cicada hatch in my area, there's been a lot of "singing!" 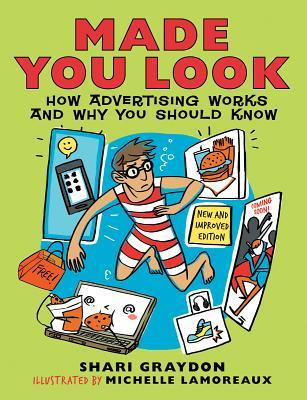 Made You Look is a featured book at Ms. Yingling Reads.This is a narrative nonfiction book for older readers. "This updated book on advertising includes helpful information on internet and social media advertising." 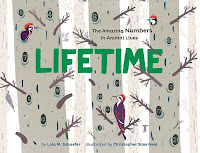 Alex at Randomly Reading has a review of Lifetime: The Amazing Number in Animal Lives, a "counting book using different behaviors or features of animals in the wild."  Thanks, Alex.  I love the cover!

At Booktalking, Anastasia (our Nonfiction Monday organizer extraordinaire) features a picture book biography for older readers, Something to Prove: The Great Satchel Paige vs. Rookie Joe DiMaggio.  Baseball history - one of my favorite topics!

Wrapped in Foil's, Roberta, has a book on another of my favorite topics - space.  Beyond the Solar System: Exploring Galaxies, Black Holes, Alien Planets, and More is a "great book that ties history and astronomy with hands-on activities, perfect to share with the upcoming Perseid meteor shower."

(Don't miss the Perseid meteor showers coming up on the 11th and 12th of this month!) 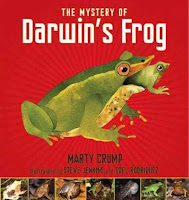 At Jean Little Library, Jennifer has a review of the narrative nonfiction book, The Mystery of Darwin's Frog.

At A Mom's Spare Time (is there such a thing as a mom's spare time?), Ami has a picture book for young readers, A Little Book of Sloth.  No one will be able to resist that cover, and my teenage daughter tells me that sloths are the new hip animal. They do seem to popping up where they're least expected!  (How long before they get their own pistachio commercial?)

Sondy at Sonder Books has a review of Hoop Genius: How a Desperate Teacher and a Rowdy Gym Class Invented Basketball.  A picture book biography for young readers, Hoop Genius is a fun look at the invention of basketball.

At Stacking Books, Reshama has a review of Kate Shelley and the Midnight Express, "a true story of a brave 15 year old girl, Kate Shelley, who saved lives in a raging storm by risking her own life when a railroad bridge collapsed."