Off to San Francisco!

Email ThisBlogThis!Share to TwitterShare to FacebookShare to Pinterest
Labels: #alaac15, ALA, ALSC, announcement

If you're looking for useful, fun, or educational websites to share with your children, students, or library patrons, I urge you to check out Great Websites for Kids,
sponsored by the Association for Library Service to Children (ALSC), a division of the American Library Association (ALA).

If you have a suggestion for a great site, you can submit it from the "Suggest a Site" link on the Great Websites for Kids page.

Cody and the Fountain of Happiness - a review

I don't review many early chapter books, but I requested this one from LibraryThing Early Reviewers. because it's published by Candlewick Press (always a plus), and Eliza Wheeler's cover illustration sealed the deal. 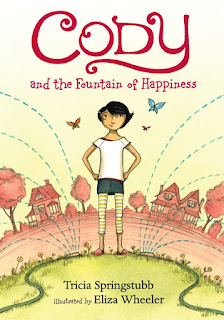 Cody and the Fountain of Happiness by Tricia Springstubb.  Candlewick Press, 2015.  Illustrations by Eliza Wheeler.

Here's why I like Cody and the Fountain of Happiness:

Here's an excerpt.  Cody is waking her brother on their first day of summer vacation and refuses to be daunted by his grumpy mood.

"Want to go to the dog park and pick what dog we'd get if only we were allowed to get a dog?"
Wyatt put his hands over his eyes.
"No?" said Cody.  "How about we look for rocks and have a rock stand and use the money to buy a skateboard?"
Wyatt slowly got to his feet.  He was very tall and skinny.  If he were a building, he'd be a skyscraper, but a droopy one.
"Silencio," he said.  He toppled back into bed and pulled the covers over his head.  "You are causing me pain.  A big fat pain in my cerebral cortex."
"Do you want some tea?"
"No, Brain Pain. I want you to disappear.  Preferably forever."
"I can't," said Cody.  "I promised Mom to take care of you.  I never break a promise."


Give Cody a try.  Though you may wonder about her peculiar fondness for ants, I think you'll like her, her family, and her friends!

Enjoy a slide show version of this month's picture book roundup - a sampling of my new favorites!
If the slide show doesn't work for you, I've listed the books below with links to my reviews on LibraryThing. 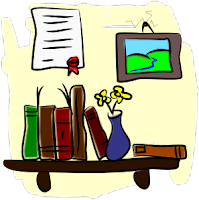