Diary of a Mad Brownie - an audiobook review

I can't republish certain reviews that have already appeared in print or elsewhere online, but I can point you to where you might find them.


Diary of a Mad Brownie is the first book in Bruce Coville's new series, The Enchanted Files.  I listened to the audio book, and I can tell you that it was the most fun I've had listening in a long time. And it's read by a full cast! 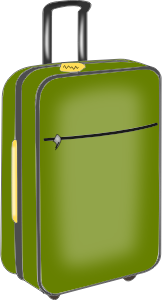 The annual Summer Reading Club season at the public library is winding down, and it's time to head out for my annual "take the kids back to college" road trip.

See you in two weeks! 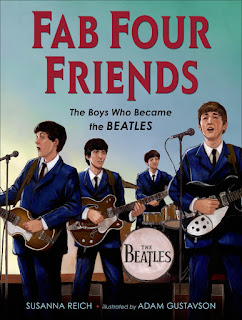 Today I'm happy to share in the celebration for the publication of Fab Four Friends: The Boys Who Became the Beatles, written by Susanna Reich, illustrated by Adam Gustavson, and published by Macmillan.

Author Susanna Reich has written an inspiring book chronicling the early years of John, Paul, George, and Ringo. Each is highlighted in turn with a focus on the events and people that shaped his future and his interest in music.

The final pages feature the band's early successes.  Readers will be impressed by the boys' dedication to their musicianship and their ability to overcome family tragedy, illness, and in John Lennon's case - a lack of musical training and a guitar that his mother taught him to tune like a banjo.

John attacked the guitar, strumming as fast he could.  He didn't give a fig about wrong notes.


Eventually Paul traded in his trumpet for a guitar.  From then on, his brother said, "he didn't have time to eat or think about anything else."


At school, George sat in the back and drew pictures of guitars. But when it came to practicing, no one was more serious.


Back home, Richy [Ringo] couldn't stop his hands from tapping.  Listening to all kinds of music—country and western, jazz, blues, skiffle—he'd rap on the back of a chair, bang on a box, or pound an old bass drum with a piece of firewood.

The text is small and in simple font on a plain background, leaving ample room for Adam Gustavson's stellar illustrations in "oil paint on prepared paper."  It is a difficult task to render likenesses of these four men who are known and revered the world over.  Gustavson has done a remarkable job in capturing their youth, signature expressions, and intensity of mood. In quiet acknowledgement of the post-war era that engendered the rise of rock and roll, the book opens with double-spread illustration of "a dark October night in 1940," the night when John Lennon was born in the midst of war with Germany. The final double-spread is the one that appears on the book's jacket.

More illustrations from Fab Four Friends are on the publisher's site.

Rounding out Fab Four Friends are an Author's Note, Glossary (I'm sad that phonograph needs to be in the glossary!), Notes, and Sources.

I asked only one interview question of author Susanna Reich. With so many songs to choose from and her obvious love of her topic, I knew it would be a tricky question:
Q: "What's your favorite Beatles tune?"

It sent her to her headphones for an hour of listening. Her final answer:
A: "Let it Be."
It's certainly hard to argue with that.

The publisher's site lists a suggested age range of 6-10.  I think older kids, particularly those with musical inclinations will be interested in this one as well.


Note:
A book's case and jacket are often (usually) the same.  Library books are typically processed with protective coating on the jacket that secures it to the cover. So, if you're a librarian, or a library user, you may never see the books' case.  If possible, however, take a peek under the jacket of Fab Four Friends. The front cover features individual portrait style paintings of Paul, John, George, and Ringo.  They appear youthful and suited and are presented in square frames reminiscent of yearbook photos or 1970s era Beatles posters. They are joyful and boyish - four fab friends.

My copy of Fab Four Friends was provided by the publisher.  You can find yours on a library or bookstore shelf, beginning today, August 18, 2015.

Follow the blog tour for Fab Four Friends: The Boys Who Became the Beatles.  Tomorrow, the tour will stop at UnleashingReaders.com . 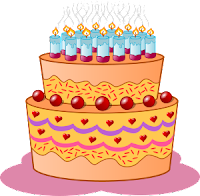 In 2012, I featured another of Susanna Reich's books, Minette's Feast: The Delicious Story of Julia Child and her Cat.

Divorce is the Worst - a review

I didn't think I'd like this book, and I didn't; I loved it. It is honest; it is practical; it is a beautifully artistic rendering of a sorrowful event.  If you know a child in need of a divorce book, look no further; this is it.

Please, do watch the trailer.