As the year draws to a close, I realized that I've never posted several audio books that I've reviewed for AudioFile Magazine.

A short YA title based on a true story.
"Surreal would be the best description of this book if only it were not based on truth. In 1853, Denmark exercised the death penalty for a final time, cleaving the head from 15-year-old Niels Nelson."

A Necklace of Raindrops and Other Stories

"This collection of eight short stories contains gentle tales of fantasy and magic--not the magic of wizards and wands, but of wishing mats and enormous cats and gifts brought by the winds."


Lock and Key: The Gadwall Incident

"This audiobook is a prequel to the Lock and Key series, a contemporary revision of the Sherlock Holmes canon. "

The first in a YA series.
"Kate Reinders narrates this campy story about Mana, a high school cheerleader who finds herself battling aliens in a quest to find her missing mom."

A Big Dose of Lucky 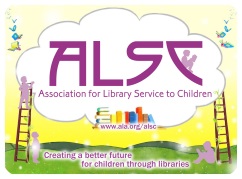 I'm blogging for the Association for Library Service to Children today with winners, news, and an invitation - all from ALA/ALSC's Great Websites for Kids Committee.

Please hop over to the ALSC Blog to see what's new!

The Nazi Hunters - an audiobook review 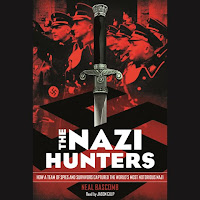 The Nazi Hunters: How a Team of Spies and Survivors Captured the World's Most Notorious Nazi
by Neal Bascomb
Read by Jason Culp
Scholastic Audiobooks, 2016

I reviewed this book for AudioFile Magazine, and it's the recipient of an Earphones Award.The Nazi Hunters chronicles the 16-year ordeal to capture the notorious Nazi, Adolf Eichmann. Narrator Jason Culp conveys a palpable sense of the fear and tension endured in dangerous and fraught circumstances.


My complete review of The Nazi Hunters for AudioFile Magazine is here.

Want to see the 2016 Best Audiobooks list as selected by AudioFile Magazine?  You can receive free access to the complete guide and enter their contest for 6 months of free audiobooks.  The guide is a great resource if you're in collection development with some budget money left over! Click here for details.  The contest ends tomorrow!
- December 15, 2016 No comments:


A Monster Calls (with Liam Neeson as the monster) is due out in theaters this month.  The movie is based on a book which was begun by Siobhan Dowd and finished by Patrick Ness. I wrote a booktalk for A Monster Calls in 2011.  You can read it here.

It's too soon to tell if the movie will be as good as the book, but give yourself a chance to find out.  Read the book first.  Below is the original book trailer, followed by the new movie trailer.