A History of Pictures for Children - a review 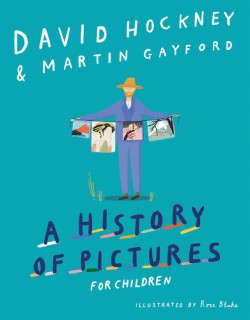 A History of Pictures for Children: From Cave Paintings to Computer Drawings
By David Hockney and Martin Gayford
Illustrated by Rose Blake
Abrams, 2018

In A History of Pictures, art critic Martin Gayford teams up with artist David Hockney to deliver an enlightening and entertaining discourse on art.  The Introduction explains the book's format.  It is an illustrated discussion between the artist and the art critic, each offering commentary on what he knows best.  Gayford offers a more scholarly look at the history of an artistic period or work of art—the what and when, while Hockney offers an artists' perspective on the same—the why and the how.

Their conversations are accompanied by photos of actual  art pieces, and cartoon illustrations by Rose Blake. Blake's playful illustrations add a lightness to the book and advance the conversation, showing simple explanations of concepts like depth and perspective, as well as explanations of early artistic tools like 16th century pinhole projectors, 18th century silhouette machines, and 19th century zoetropes. The authors and the illustrator appear in cartoon format throughout the book. The topics of each chapter are listed below.

Engaging and educational, A History of Pictures for Children should be in every school and public library.  The suggested age range is 10-14 however, it will likely appeal to older kids with artistic interests as well.  I would go so far as to suggest that adults will find it interesting also.  I found it thoroughly engaging and thought-provoking and I cannot recommend it highly enough. Well done! 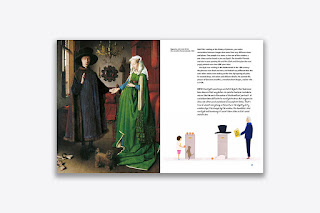 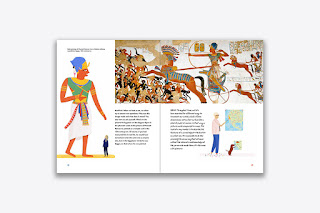 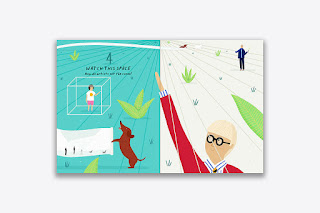 Chapters:
Thinking About Pictures: Why do we make pictures?
Making Marks: What makes an interesting mark?
Light and Shadows: What is a shadow exactly?
Watch this Space: How do artists set the scene?
Mirrors and Reflections: How do artists play with light?
Painting and Photography: What tools do artists use?
Moving Pictures: Can pictures really move?
The Story Goes On: What's next for pictures?

Back matter includes an illustrated Timeline of Inventions, Glossary, Bibliography, List of Illustrations, and Index

To the Moon and Back - a review 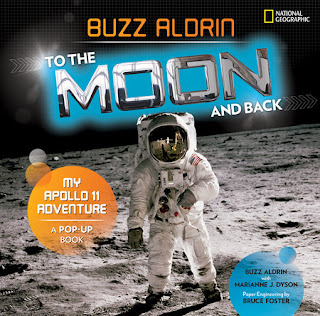 To the Moon and Back: My Apollo 11 Adventure

In this gift-worthy, sturdy, pop-up book, middle-grade space enthusiasts will find a wealth of little-known details, personal remembrances, and photos from the quest to land men on the surface of the moon. In addition, the science and engineering is explained clearly and simply.

Buzz Aldrin begins with the start of his NASA career as an astronaut in the year 1963.  He then chronicles the successes and failures of the many Gemini, Soyuz, and Apollo missions that preceded the famous voyage of Apollo 11.

Tucked within the pages and pop-ups, are pull-out sections titled Space Race and Aldrin Family Reflections.  The pop-ups, created by paper engineer, Bruce Foster, include (among others) the Saturn V rocket which pops out to a height of over one foot, a lunar module, and the deploying parachutes of the lunar capsule's splash landing.

One section titled, "Saved by the Pen," includes this recollection:

"After 21 hours on the moon, it was time to go. But the ascent engine's arming circuit breaker was broken off!  If we didn't find something to replace the pin, the engine wouldn't start.  We'd be stuck on the moon.
Armstrong and I looked around.  We found a felt-tipped pen that fit into the slot. Problem solved!"


After reading To the Moon and Back, you will have a greater appreciation of what is often described as one of humanity's greatest feats of engineering.  The beautiful photos, pop-ups and a build-your-own lunar module are just icing on the cake.


"Will we celebrate Apollo 11's 100th anniversary under the pink skies of Mars?"

He hopes so.  And perhaps it will be a woman who first steps on the red planet. I hope so.

Note:
In 2013, I was lucky enough to meet Buzz Aldrin.  He was very friendly, and let me touch him—the closest that I will ever come to outer space.

My copy of To the Moon and Back was provided by the book's publicist.
- November 16, 2018 No comments:

Carlos Santana Sound of the Heart, Song of the World - a review 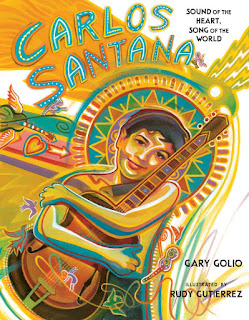 Carlos Santana: Sound of the Heart, Song of the World
By Gary Golio
Illustrated by Rudy Gutierrez
Christy Ottaviano, 2018

"Autlán de Navarro, Jalisco, Mexico
It's 1947, in a town with only dirt roads and mud houses.
There are no electric lights, but electricity crackles in the air as a child is born—a little boy whose aunt calls him cristalino, someone clear and bright, destined to make a mark in this world.
The boy's name is Carlos Santana, and his mark will be made with lightning,
on the ears of the wind!"


A fitting beginning to a book about one the world's most unique and innovative guitar players.  As with all of the text in the book, the above is printed in a small font, nestled artfully against the dreamy, surrealist, mixed-media illustrations by the renowned, Rudy Gutierrez.  All of the images are double-spreads. Though the book chronicles Santana's life only through his boyhood in Mexico, the artwork is a mix of Mexican influences and those of the psychedelic era in which Carlos Santana came to great fame in the U.S. This perfectly complements  the narrative, which highlights Carlos' greatest influences—his family and the music of Mexico, and his stirring connection with American blues. Carlos Santana Sound of the Heart, Song of the World is an inspiring and uplifting picture book biography for older reader.

Cue up some Santana on your Spotify account and enjoy! Peace.

You know it's a cool book when it's covered on WMMR out of Philadelphia.  Listen to an interview with author Gary Golio that aired on WMMR in October.

View four interior spreads from Carlos Santana: Sound of the Heart, Song of the World at the publisher's website.


My copy of Carlos Santana: Sound of the Heart, Song of the World was provided by the publisher.
- November 09, 2018 No comments:

Standing Up For Each Other

In the wake of the mass murder at the Tree of Life Synagogue in Pittsburgh, the Association of Jewish Libraries has created a series of book lists for young readers.  Their hope is "to grow readers' understanding of the Jewish religion and its people."

I have not read every book on the list, but I can say that The Hired Girl by Laura Amy Schlitz (Candlewick, 2015) and Emma's Poem: The Voice of the Statue of Liberty by Linda Glaser and Claire A. Nivola (HMH Books, 2010) are two of my favorites. 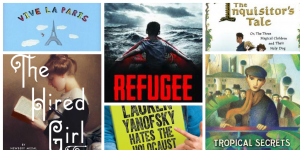 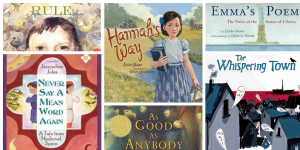 I encourage you to explore the AJL book list and to make every effort to incorporate these and other diverse books into your classrooms, story time programs, and interactions with your own children.  The more we explore the lives of people from other cultures, the more we discover our commonality.

An article describing the inspiration and creation of the Love Your Neighbor book list project may be found at Tablet Magazine.
- November 05, 2018 2 comments: