It's here!  The annual season of free audiobooks.

SYNC is a free summer audiobook program for teens. Returning April 25, 2019, SYNC will give away two complete audiobook downloads a week - pairs of high interest titles, based on weekly themes. Sign up for email or text alerts and be first to know when new titles are available to download at www.audiobooksync.com.

Remember, these are completely free with no strings attached.   Download now, listen whenever, keep forever. You can't beat that!

The complete lineup with available dates is below. 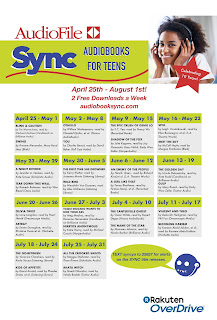 Email ThisBlogThis!Share to TwitterShare to FacebookShare to Pinterest
Labels: announcement, audiobook, J, YA

Chicken Soup for the Soul: Life Lessons from the Dog Today is the book birthday of Chicken Soup for the Soul: Life Lessons from the Dog.

I'm particularly excited about this book, because it includes my story, "All the News That's Fit to Chew," featuring my dog, Annie! My story recounts Annie's desire to maintain her sense of purpose and duty after our family was displaced during Superstorm Sandy.

I hope you'll have an opportunity to read it. If purchasing the book is not in your budget, ask your library if they can acquire a copy.

If you're fond of dog videos and photos, I've included one below, but there will plenty to see on Twitter at the launch party for Life Lessons from the Dog, today at 2pm. Search for the hash tag #CSSLifeLessonsfromtheDog to follow along. 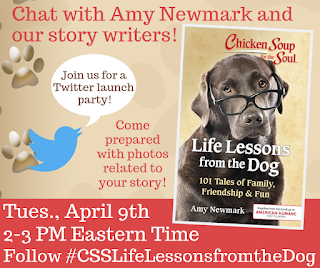 I'm so thankful to Chicken Soup for the Soul for including my story.


"There’s no better time than #NationalLibraryWeek to share what you love about your library. Use #MyLibraryMyStory in your post for a chance to win a $100 VISA gift card. Promotion ends April 13 at 12pm CT." http://www.ilovelibraries.org/national-library-week 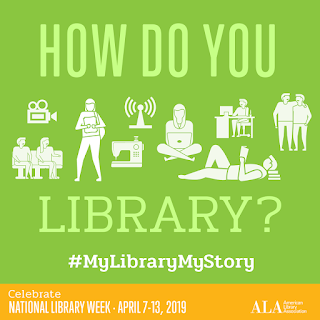 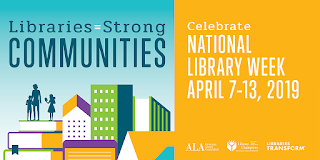 Queen of the Sea - a graphic novel review 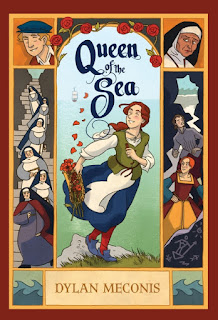 Queen of the Sea
By author/illustrator Dylan Meconis


Queen of the Sea is a 400-page historical fiction, graphic novel adventure set in a time and place reminiscent of the sixteenth century British Empire. A prologue introduces a queen in mortal danger, and the story then shifts to Margaret, an orphan who lives on a remote island in the Silver Sea. She has been raised in a convent. The nuns, a few servants, a priest, and Margaret are the island's only inhabitants, and life for Margaret is peaceful, pious, and predictable. A ship with supplies arrives twice a year to bring supplies. However, one day, the ship brings a boy and a lady, and life on the island will never be the same.

Queen of the Sea is a rousing adventure, but it's also an education in sixteenth century politics and the lifestyle of a religious order in the early days of modern Western history. Though the destiny of women was often determined by men, Queen of the Sea offers strong, but believable, female protagonists in young Margaret, Lady Cameron, and the nuns. A sequel will be most welcome!


Read a sample chapter of Queen of the Sea.
Note:
My advance copy of Queen of the Sea was in black and white with only a sample page in color.  The first 3/4 of the book were finished black and white drawings, the latter portion of the book was comprised of sketches.  I almost wish that everyone had an opportunity to see a graphic novel is this format. It makes one so much more aware of the work that goes into every aspect of a book.