If everyone adhered to this great advice from Dav Pilkey, there would be no need to call attention to Banned Books Week!  Grab a good book and celebrate your freedom to read.

Email ThisBlogThis!Share to TwitterShare to FacebookShare to Pinterest
Labels: ALA, announcement

The Beast of Cretacea - a review 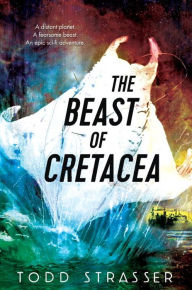 The Beast of Cretacea by Todd Strasser
(Candlewick, 2015)

Seventeen-year-old Ishmael has volunteered for a dangerous assignment - a vaguely outlined stint on Cretacea, where he will work with other adventurers in an untamed environment, harvesting resources bound for Earth. Only the dismal outlook on Earth makes this option seem appealing. Stripped of its natural resources, covered in a perpetual shroud, and dangerously low on breathable air, Earth holds few attractions for Ishmael. His foster family is his only concern, but his foster brother is now headed for assignment, too, and Ishmael hopes to earn enough money on Cretacea to pay for passage from Earth for his foster parents.

On Cretacea, a prophetic warning from an old neighbor haunts Ishmael as he works onboard the Pequod under the command of the mad Captain Ahab who has set the ship's course to capture the Great Terrafin, a deadly sea creature of near mythical proportions. For Ishmael and his onboard companions, adventures abound in this cleverly crafted homage to Moby Dick. References to Moby Dick (for those familiar with them) are plentiful; however, despite its similarities to Melville's classic, The Beast of Cretacea is a sci-fi book for the modern age. The Beast of Cretacea confronts modern issues of environmental degradation, resource depletion, wealth and privilege, scientific possibility, and of course, the transcendent coming-of-age issue. Breathtaking excitement is measured with thought-provoking ideas, a rich plotline, and occasional flashbacks. At least one great twist awaits.

For ponderers, sci-fi enthusiasts, and adventure fans seeking a little something extra. Best for ages 12 and up. 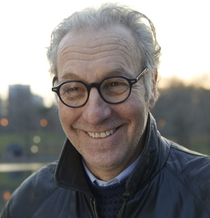 Members of my monthly book club recently Skyped with Todd Strasser.  They were impressed by his perseverance (only a summer's worth of reading kept him from repeating the 3rd grade!) and the sheer volume of his work (more than 140 books!). They appreciated his affability and willingness to delay an afternoon of surfing to accommodate us.  As an added bonus, when his daughter (who created the beast on the book's cover) accidentally passed in camera view, he introduced us and gave us a short lesson in the evolution of a book's cover art.

I have two copies of The Beast of Cretacea.  One was provided at my request from Todd Strasser, and the other was subsequently provided by LibraryThing Early Reviewers.  Both will given to members of my book club who cannot wait to read it!!

The Beast of Cretacea from todd strasser on Vimeo.

Each year, I try to do something new for Hispanic Heritage Month at the library.

This year, I fell in love with Susan Middleton Elya's, Little Roja Riding Hood (Putnam, 2014), so I based a program around that title.  We had a fun time retelling the classic story as we knew it, recreating it with felt board pieces,  reading Susan Middleton Elya's version, using the globe to find Spanish-speaking countries, playing a game of Color, Colorcito, and finally some free play with the felt board pieces and a rojo coloring page.

Below is a slide show with reviews of other bilingual favorites that I've used for storytime.  I also have a list of fun preschool songs, music, and activities for Hispanic Heritage Month.  Feel free to ask me about them.  If you have trouble seeing the slideshow, you can access it on Riffle. [https://read.rifflebooks.com/list/181065]

Here are two #YAlit audiobooks that I recently reviewed for AudioFile Magazine. I am not permitted to reprint the reviews here, but have provided the links (which include audio excerpts).  Both books offer a unique viewpoint of the adolescent male experience - Me and Earl and the Dying Girl through the medium of film making, and 100 Sideways Miles through the medium of abstract concepts.  But now I've had my fill of angsty boys for a bit.  Time for a change of pace.  Up next:  Sci-fi and a new picture book roundup. 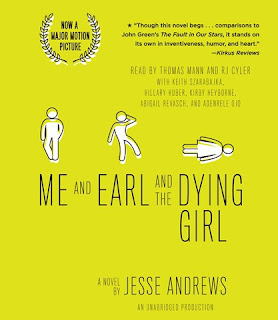 I didn't see the movie, but the audio book was fantastic! Here's the link to my review:
http://www.audiofilemagazine.com/reviews/read/101740/ 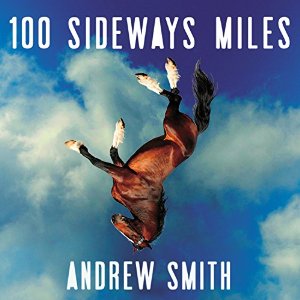