The Amazing Age of John Roy Lynch - a review 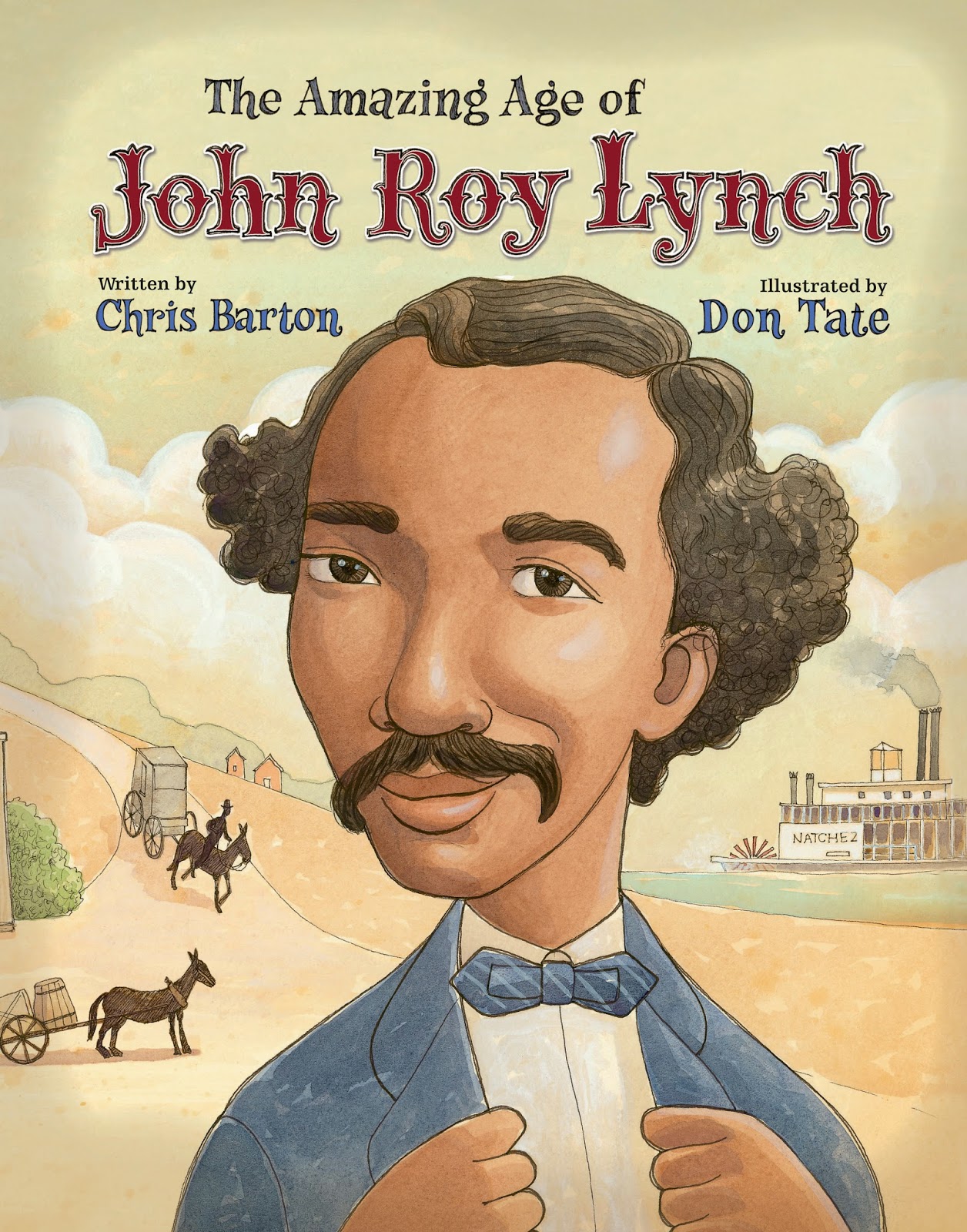 The Amazing Age of John Roy Lynch is a nonfiction picture book for school-age readers and listeners.  More than just an inspirational story of a former slave who becomes a landholder, judge, and United States Congressman, it is a story that focuses on the great possibilities presented during the period of Reconstruction.

"In 1868 the U.S. government appointed a young Yankee general as a governor of Mississippi.  The whites who had been in charge were swept out of office.  By river and by railroad, John Roy traveled to Jackson to hand Governor Ames a list of names to fill those positions in Natchez.  After John Roy spoke grandly of each man's merits, the governor added another name to the list: John Roy Lynch, Justice of the Peace.

Justice. Peace. Black people saw reason to believe that these were now available to them.  Just twenty-one, John Roy doubted that he could meet all those expectations. But he dove in and learned the law as fast as he could."


Sadly, the reason that John Roy Lynch's story is amazing to today's reader is because the opportunities that abounded during  Reconstruction dried up and disappeared as quickly as they had come. The period of hope and optimism for African Americans in the years from 1865 to 1877, gets scant attention today. The life of John Roy Lynch is an excellent lens through which to view Reconstruction.

To make sometimes difficult scenes accessible to younger readers, Don Tate employs a self-described, "naive ... even whimsical" style.  It works well with the sepia-tinged hues that help to set the time frame.

The Amazing Age of John Roy Lynch is a powerful, historical reminder of what was, what might have been, and what is.

A Timeline, Historical Note, Author's Note, Illustrator's Note, For Further Reading, and maps round out the book.

A reminder: Today is Nonfiction Monday.