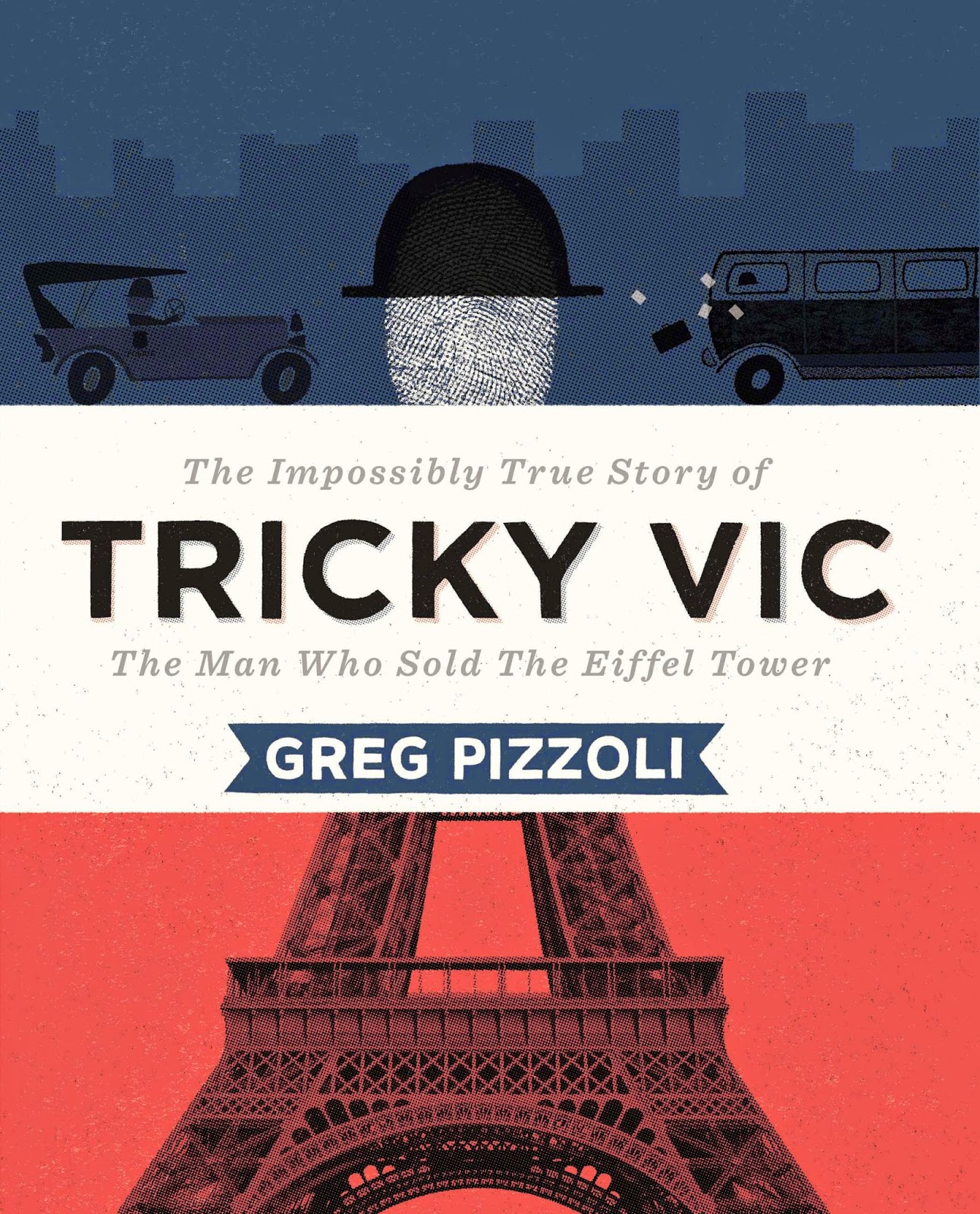 In 1890, the man who would one day be known by forty-five different aliases was born to the Miller family, in what is now the Czech Republic.  His parents named him Robert.

Working both sides of the Atlantic Ocean, Robert Miller was a con man of legendary proportions, becoming most famous for his "sales" of Paris' iconic Eiffel Tower. In addition to selling the Eiffel Tower (numerous times), Miller was a counterfeiter and a card sharp.

Yes, Robert Miller was a criminal of the worst order, but it will be hard for readers to remain unimpressed by the sheer chutzpah of the man.  It's a book that readers won't put down until they learn the fate of the legendary man who came to be known as Tricky Vic!

Not content with merely an intriguing story, Greg Pizzoli has enveloped Tricky Vic in outstanding artwork. The back matter includes an explanatory note about the unique combination of methods (including halftone photographs, silkscreen and Zipatone) used to achieve the book's dated, contextual feel.  Appropriately, the face of the elusive Tricky Vic is represented by a fingerprint stamp.

Back matter includes a Glossary, Selected Sources, Author's Note, Acknowledgments, and the aforementioned "Note about the Art in this Book."

Advance Reader Copy provided by the publisher. Coming to a shelf near you on March 10, 2015.

Two reminders for this first Monday in March: